Beef jerky is perhaps the greatest invention ever, other than the wheel, and maybe dental floss.  You can store it for long periods of time without refrigeration, it’s a common staple in any epic road trip, and it’s always tasty as fuck!  But what is the story of beef jerky, and how has it changed the world?

Come with me, as we explore the history and wonders of this magical food, known as beef jerky.

The History of Beef Jerky

The Inca Empire was famous for a lot of things.  They lived in the steep mountains of the Andes and were a farming civilization, so by building stone retaining walls, they essentially created irrigation for their uneven farmlands.  They’re also the first credited with building rope-suspension bridges, to navigate the deep and dangerous terrain of those same Andes they inhabited.  But who cares about all of that shit, their greatest achievement hands down had to be what the Inca people called “Ch’arki”, which in their language literally translates to “dried meat”.  Beef jerky. 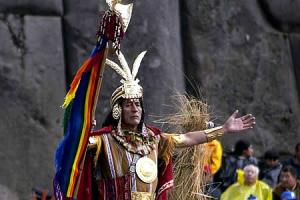 Since the Inca people were a farming community, it was usually a bitch to get the wife and kids all in the car to go on long road trips and to see distant places, because there wasn’t a single Chipotle or Sheetz to stop at if you wanted to get some food on the road, and since cars didn’t even exist yet, the only shit that you could take with you anyways was whatever you could carry on your back, so most Inca summer vacations were really fucking lame.  However one magical day, something happened that changed this forever; the creation of jerky.  The Incas realized that by laying out salted strips of meat in low temperatures to dry, they had a portable protein snack that didn’t require refrigeration (not that they knew what the fuck refrigeration was), and that also wouldn’t spoil, and suddenly, they were no longer tethered to their village and were able to explore anywhere and everywhere they ever dreamed.  Finally, the Inca men could take their wives and children on those summer vacations that they had always promised, like to the Grand Canyon, or Wally World. 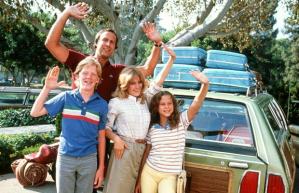 The shock-wave of this creation quickly spread around the world.  The Native Americans learned of this art, and started creating buffalo jerky (which I’ve never had, but I know it probably tastes like the fucking bomb), and when European explorers arrived in the New Worlds, above all of the gold and silver that they pillaged, the highest-valued prize in their eyes what that tasty, tasty jerky.  They brought back this art form to Europe, and the people went ape shit for it.

When the Europeans returned to North America, and began to expand west, beef jerky played a large part in their adventures.  Traders and explorers prized it as an essential source of nutrition as they traveled to new areas with limited accessibility to fresh food and supplies along the way. The fact that meat could be hunted anywhere along the trails that the settlers were following to the west made this method of preparing meat an extremely valuable skill.  The world would never be the same.

Modern man has taken this basic idea even further, introducing new methods and techniques to greater advance this art.  With the introductions of different spices, herbs, and cures, there are currently thousands of different flavors of jerky, with hundreds being invented every year.  What a wonderful time to be alive, am i rite?  Now you can also find this delicious treat in just about any supermarket or gas station, as it is always readily available.  We also have a new wide variety of selections, such as Slim Jim’s, Jack Links, Frank’s Red Hots, and how can I forget, the ever sultry Pembrose’s Tijuana Momma, pickled in salt, spices, and vinegar.  Eat two of those, and you will grow new hairs on your balls.  And if you don’t have balls, you will shortly.

So if you haven’t noticed, I absolutely and unforgivably love me some beef jerky.  I don’t eat it every day or something, I mean I do want to live past forty, but whenever I get to indulge in the tasty salty treat, I am a truly happy and blissful man.  Beef jerky has changed the landscape of the world, it created explorers, it fueled ancient civilizations, and men climbing mountains and looking to obtain knowledge and enlightenment, and as I’ve already said, it really fucking makes a road trip special.  I can’t imagine a world that doesn’t have beef jerky, but then again, I wouldn’t want to live in that world.  We are better people for it.  Thank you, beef jerky.

Do you love beef jerky?  What’s your favorite brand and flavor?  And why do they keep fucking with Sasquatch?  Tell me in the comments!